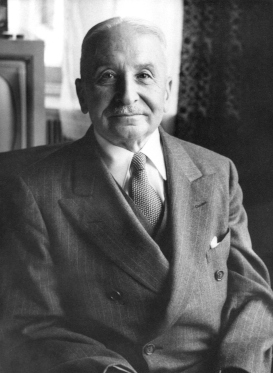 Ludwig Heinrich Edler von Mises (29 September 1881 – 10 October 1973) was an Austrian School economist, historian, logician, and sociologist. Mises wrote and lectured extensively on the societal contributions of classical liberalism. He is best known for his work on praxeology studies comparing communism and capitalism. He is considered one of the most influential economic and political thinkers of the 20th century. Mises emigrated from Austria to the United States in 1940. Since the mid-20th century, libertarian movements have been strongly influenced by Mises's writings. Mises' student Friedrich Hayek viewed Mises as one of the major figures in the revival of classical liberalism in the post-war era. Hayek's work "The Transmission of the Ideals of Freedom" (1951) pays high tribute to the influence of Mises in the 20th century libertarian movement. 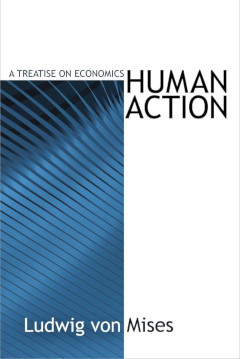 Human Action A Treatise On Economics by Ludwig Von Mises

Human Action: A Treatise on Economics is a work by the Austrian economist and philosopherLudwig von Mises. Widely considered Mises' magnum opus, it presents the case for laissez-fairecapitalism based on praxeology, or rational investigation of human decision-making. It rejects positivism within economics. It defends an a prioriepistemology and underpins praxeology with a foundation of methodological individualism and laws of apodictic certainty. Mises argues that the free-market economy not only outdistances any government-planned system, but ultimately serves as the foundation of civilization itself. 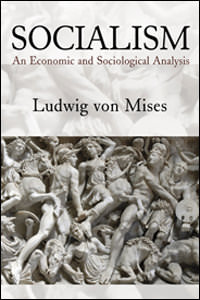 Socialism: An Economic and Sociological Analysis

Ludwig von Mises’s Socialism is the most important critical examination of socialism ever written.

Socialism is most famous for Mises’s penetrating economic calculation argument. The book contains much more, however. Mises not only shows the impossibility of socialism: he defends capitalism against the main arguments socialists and other critics have raised against it. A centrally planned system cannot substitute some other form of economic calculation for market prices, because no such alternative exists. Capitalism is true economic democracy.

Socialism addresses the contemporary issues of economic inequality and argues that wealth can exist for long periods only to the extent that wealthy producers succeed in satisfying the consumers. Mises shows that there is no tendency to monopoly in a free market system.

Mises analyzes reform measures, such as social security and labor legislation, which in fact serve to impede the efforts of the capitalist system to serve the masses.

Socialism is a veritable encyclopedia of vital topics in the social sciences, all analyzed with Mises’s unique combination of historical erudition and penetrating insight.